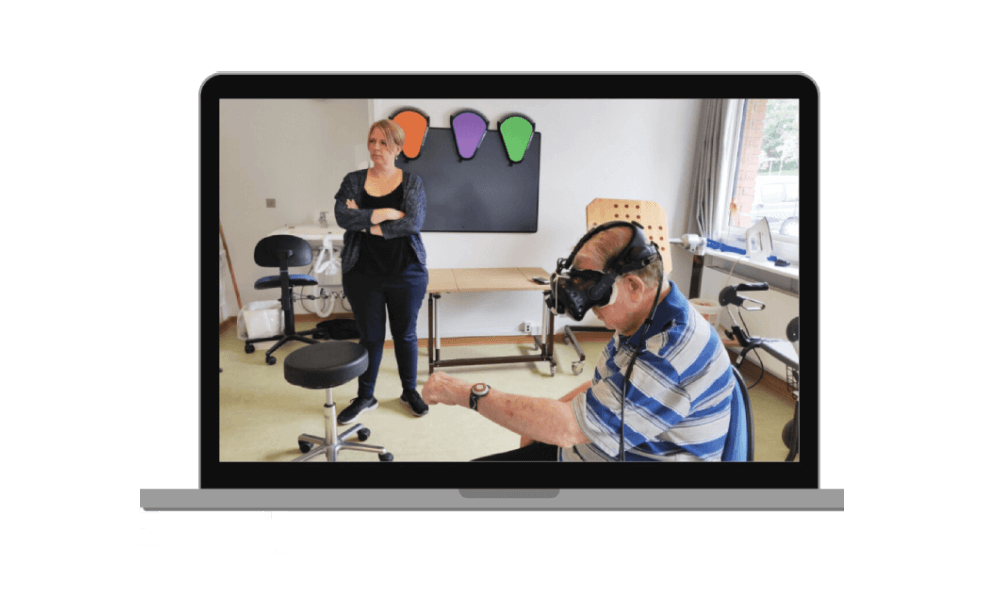 The context: finishing with the VR cognitive training testing phase

The VirtuAAL team has recently finished with the final stage of the project. This phase consisted of some sessions that took place in the European cities of Aarhus (Denmark) and Bucharest (Romania) and involved a representative sample of 55 end-users during 3 months.

Now we want to present the results we extracted in both countries. Moreover, we are going to use all the gathered information to learn more about how to improve cognitive therapies by using VR technologies.

In the end, the goal of this project is to develop accessible and highly-motivating serious games to help nursing homes and daily centers with their therapies against cognitive impairment.

What did the testing phase exactly consist of?

The serious games’ sceneries: a kitchen, a cozy living room and a bank office.

We used for this testing phase games using Augmented Reality and some games for Oculus. But the most successful and used were the three different serious games developed by Ideable for HTC Vive. These games reproduced familiar spaces for elderly users. Therefore, the users were able to virtually work in high-fidelity designed scenarios such as a kitchen, a living room and a bank office.

On this Youtube video it is shown a real demonstration of the VR cognitive training recorded during the testing phase. As you can see, we prepared our games even for elderly users using wheelchairs.

The sample of end-users

Referring to the sample of end-users that participated in the testing phase: we worked in two different samples, the first one in Aarhus (Denmark) and the second one in Bucharest (Romania). In the end, the total amount of participants involved in these final trials was 55 people.

The cognitive level of the primary end-users was scored using the MoCA (Montreal Cognitive Assesment) test, which is normally used as a screening tool for many illnesses related to cognitive decline.

The average MoCA score for the end-users who participated in Denmark was 20,7.

Accordingly, to the MoCa scores, the end-users had either normal cognition or a mild cognitive impairment.

The mood level of 30 end-users was screened in the beginning using the Geriatric Depression Scale (GDS). This is a screening tool used to identify depression in older adults.

Although some users had scores indicating mil depression, no severe depression was signaled among the participants according to the GDS.

After the final tests and analysis, we might sentence these final conclusions:

Analyzing the results of the cognitive status, we must remark that:

– In Denmark, there’s a slight cognitive improvement that may be also related to the adoption of the technology but, anyway, it’s remarkable that the cognitive level didn’t get worse in any case.

– In Romania, it can be said that after getting used to the game it becomes more usable and the scores improve, so there’s also a slight improvement.

So, in both cases, we got the expected results so that these technologies could be considered as accurate for keeping the mental general status, although more time and control group should be driven in order to see the impact in different mental capacities.

Referring to the devices, it is seen that users changed their preferences from Oculus to HTC Vive. And, in general, in terms of usability and feedback from the end-users, all items have been well scored and games are considered easy and pleasant.